“The hand you are dealt is determinism; the way you play it is free will.”  – Jawaharlal Nehru 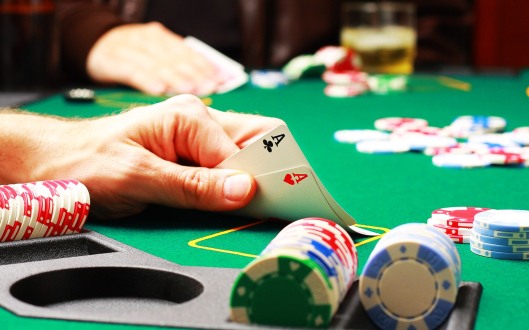 If the reader observes life akin to a card game, it becomes apparent that the way the hand is played is absolutely reliant upon the deal, bringing to mind the idea that choice is made in a realm of context. Post-enlightenment western society frames free will as the agency of reason, which is defined here as the conscious choice to act and alter outcomes. When an individual makes choices, it seems that he or she has every degree of free will in how to play the game. Philosopher Rene Descartes proposed that every person has the “power of judging well” – a claim that seems to fall apart when one analyzes the multitude of factors that are involved in the choices people make at every moment of their lives. At an initial glance, the card player has every move available to him or her, but the ultimate choice is not only a product of his or her reason – the card player plays the hand according to the situation on the table. The player is either a risk taker, perhaps a trait born from outdoor adventures as a child, or maybe the player is a conservative decision maker, a trait ingrained by a strict household during the adolescent years. The complete list of factors which dictate the final choice are innumerable, extending much further than Descartes’s idea of reason as the first and last stop for judgement. Descartes shied away from analyzing such factors because behind the curtain of rational choice is the possibility that circumstances which cannot possibly be in the control of an individual determine in large part the resulting outcomes of said choices. Cartesian thought places reason as the individual’s agency of free will  but when rationality is submissive to uncontrollable conditions, free will in turn becomes a negligible and constrained factor. The idea of free will cannot possibly exist through the lens of Cartesian rationality because reason is governed by the forces of context and circumstance. When our lives are preconditioned before birth and the “age of reason”, free will becomes constrained from ultimate universality to a degree of contextuality.

Rene Descartes, a French philosopher and mathematician, presented his views on reason and truth in his Discourse on Method, published in the mid-17th century. Within the work, Descartes embarked on a journey to find any and all absolute truths that lie in the world with an introspective approach that aimed to purge himself of any false notions and beliefs. Descartes opens his discourse with a simplistic view of reason, leaving significant questions that challenge the validity of his perspective. He begins with the broad claim that reason is “naturally equal in all men” yet he fails to substantiate why “men lead [their] thoughts along different paths” (1).  If rationality is so innate, equally distributed, and omnipresent – where do biases, preconceived notions, and values originate and why can’t they be reasoned against? The Cartesian view on free will is that it originates from man’s ability to reason but the perspective fails to account for the idea that reason itself is a product of environment and knowledge – it is not possible to ignore the susceptibility of well-reasoned men to backwards ideas. If the circumstances an individual is born into largely guides his or her reason, and it follows that these circumstances are largely out of control of the individual, it can then be concluded that will is a facade derived from anthropocentrism – the belief that humans hold a central, important place in the universe. Mankind is obsessed with the belief that it has full, universal agency in determining final outcomes. It is easy to believe Descartes when he claims that good sense “alone makes us men and distinguishes us from the beasts,” yet a human is as powerless as the smallest of fauna when the weight of context presses down upon him or her (2).

Constraints on Will: Dealing the Cards

Descartes’ fear of contextual reason and choice are expounded upon by Owen D. Jones in his essay “The End of (Discussing) Free Will.” Jones states that “people don’t like to be caused. It conflicts with their preference to be fully self-actualized.” His claims strike at the heart of the universal, anthropocentric view of reason as the primary factor in choice. He further asserts that “choices are … constrained by things we have long suspected … social, economic, cultural, and biological in nature” (Jones). Such constraints take root before the birth of an individual, taking hold and shaping his or her choices before even the age of adolescence is reached. Jones thus questions the soundness of rational choice by examining the exterior factors that contribute to an individual’s reasoning process.

Within many religious faiths, there exists an age of reason  – the year which an individual is recognized as a rational being who acts at his or her own discretion. It thus follows that at this age of reason, the individual must assume full responsibility for his or her actions. However, there is a precursor to the age of reason – the age of socialization, where a child is imparted cultural, familial, and educational values from the external environment. How a culture treats an individual, what values and ideals are instilled by the community into the young mind, and the level of education one receives are the decisive factors in the formation of reason. Thus the idea of reason becomes vulnerable, indeed subservient to brain structure, family conditions, socioeconomic status, education, and so forth. When reason falls victim to context, free will in turn becomes contextual. If Descartes’ own life is viewed through the lens of the card player’s metaphor, he was the recipient of a very lucky hand.

If a certain card was off, Descartes would have never been in the proper context to publish his Discourse on Method. Descartes thus plays his hand as an academic royal flush; he is a product of his geographic location, time period, economic status, and level of education. 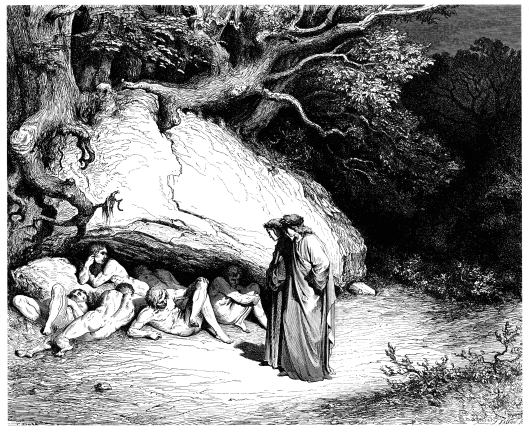 If reason is the agency for free will, it follows that there must be punishment or reward for its application in choice. It is important to revisit what it means to possess responsibility after the age of reason, mentioned briefly above. Choices possess meaning only when consequences follow, with the ultimate consequence being moral judgement by divine and infernal beings after death in the Christian world view. In light of free will’s narrow, vulnerable scope, a revision must be made in how punishment is viewed in a modern sense. A particular case of interest comes in the first canticle of the Divine Comedy, where Dante Alighieri’s pilgrim observes the unbaptized souls wandering the planes of limbo in the fourth canto of the Inferno. These souls represent the population who were unable to reach salvation because Christ had not been sent to the earth while they were alive (47). These souls are forever bound to the outer planes of the Inferno as a matter of their date of birth. Their eternal outcome was not a result of their choice to be good or evil; their fate resulted from the mere fact that communication with God was inaccessible without Jesus Christ – an accident of birth. These souls have no power over such divine affairs in the world of Dante; the card player cannot be blamed for a bad hand.

When a game seems to be “rigged” from the start, players often quit because it seems that the only winning move is not to play. The same idea often crosses the human mind when it tries to accept the lack of free will in the universe. It brings a certain kind of misery to human nature when free will is merely an afterthought of circumstance. However, the human condition has never known true absolutism and no individual should mourn for the loss of absolute free will. Mankind has, and will always, live in a contextual setting where reason is malleable and shaped by circumstance – the hand can never be revealed before it is dealt to the players. Man, instead of bemoaning the constraints on free will, must strive anyways to shape reason through education and self-discovery. Humans live in a universe of circumstance which constrains choice. Mankind’s potential is only realized in playing, which involves taking possession of rationality through questioning and self-discovery. Descartes himself managed to find the closest to an absolute truth that can be found in the universe with his Discourse’s conclusion, “Cogito ergo sum”, “I think, therefore I am.” Descartes ultimately finds that man itself is the only absolute in a world of contextual reason and will – the player realizes that he or she has cards in hand, waiting for play.