In assessing the concept of free will, it is necessary first to define these terms. The Oxford English Dictionary defines will as “the action of willing or choosing to do something; the movement or attitude of the mind which is directed with conscious intention to some action, physical or mental.” People make decisions on a daily basis, in every aspect of their lives. When options are presented, we consider them, and then make our choice based on the information we have available. In order for this will to be considered “free,” it must be unhindered, without interference or restraint. The existence of a decision that is completely free, not influenced by anyone or anything, is inconceivable because no decision takes place in a vacuum. Humans are influenced by a myriad of factors: emotion, prejudice, self-interest, to name a few. The field of behavioral economics is based entirely on this practice of investigating and explaining choices. Economists like Dan Ariely, author of Predictably Irrational, make the fundamental assumption that will is not free, and it is possible to ascertain the factors that influence it. In Dante’s Inferno, the characters suffering in Hell are there because of a choice to sin. Francesca da Rimini is one such character, condemned to the circle of lust for her adulterous behavior. In this paper, I will argue that, through applying Ariely’s philosophy, Francesca’s choice can be explained when examined in context.

In Canto V of Inferno, Dante encounters Francesca da Rimini in the circle of the lustful. These sinners, “they who make reason subject to desire” (Canto V, line 39), represent people who have completely succumbed to external factors influencing their will. Lust is defined as a desire that completely overpowers all logic, intellect, or faith. Francesca’s sin, her lust for Paolo, a man who is not her husband, ultimately leads to terrible consequences. She knows that adultery could devastate not only her marriage, but also the alliance between the da Polenta and Malatesta families that the marriage seals. This alliance is espeically delicate in an era in which factional disagreements and the struggle for power frequently led to bloodshed and war. When Gianciotto discovers the pair together, and murders them both, Francesca and Paolo pay the ultimate price for their sin. Viewing Francesca’s decision from an economic standpoint, assessing the costs and benefits, reveals that the clear, rational decision would be to resist the temptation of lust. The short-term gratification of succumbing to her infatuation hardly outweighs the disastrous consequences. From an economic perspective, Francesca’s choice is irrational. Given total freedom from all influences, including her own sexual desires, Francesca should choose to remain faithful to her husband.

When Francesca herself speaks about her sin, her sense of an absence of control comes to the fore. She blames “love,” as if it is an overpowering force. Her speech to Dante is as follows:

“Love, which is swiftly kindled in the noble heart

seized this one for the lovely person that was taken

from me; and the manner still injures me.

Love, which pardons no one loved from loving in

return, seized me for his beauty so strongly that, as

you see, it still does not abandon me.

Love led us on to one death. Caïna awaits him

The anaphora of the word “love,” opening each tercet, highlights the perception that the real agent in this situation is not Francesca, but rather, an external force. The personification of this noun lends further strength to Francesca’s intimation. Francesca also uses very specific language to absolve herself of the blame for her actions. Francesca is seized, led, injured, not pardoned, nor abandoned; she is not an actor, but rather the object of love’s manipulations. Francesca’s interpretation of love seems to embody an emotional connection as well as lust. She expresses the sentiment that her will has entirely been dictated by this uncontrollable factor. Francesca describes the moment when her affair with Paolo began, when the two of them sat reading a book together. However, they found themselves swept away by lust, unable to even finish reading. Francesca’s speech even goes so far as to suggest that she does not deserve her condemnation because she did not submit to temptation of her own free will.

In his book, Dan Ariely explores concepts of passion and heightened emotional states, and their role in the decision-making process. Ariely proposes two scenarios in which a choice can be made: either a “cold state” or a “hot state.” He describes a cold state as dispassionate, lacking in any strong emotion, calm, and rational. On the other hand, a hot state is one influenced by overwhelming desire, particularly lust. Ariely uses the example of sexual arousal to experiment with decisions made in a hot state. He asked his subjects to state whether or not they would choose to engage in risky or immoral behaviours, such as unsafe sex or date rape. In a cold state, the subjects typically responded that they would avoid risk, and follow accepted moral standards. However, in a hot state, like sexual arousal, subjects expressed much greater willingness to make dangerous or unethical decisions. In a state free from the influence of lust, subjects expressed their will differently than in an impassioned state. About one of his subjects, Ariely explains, “when he’s in a state of sexual arousal and the reptilian brain takes over, he becomes unrecognizable to himself” (Ariely, 208). Based on this characterization, the hot state represents a complete lack of free will. The subjects are unable to make the choice that they themselves claim they would otherwise have made.

If Francesca were one of Ariely’s subjects, what choice would she have made in a cold state? The overwhelming cost of her action suggests that, in a rational state, Francesca would have chosen differently. Dante’s allusion in Canto V, the characters he presents alongside Francesca, further exemplify irrational decisions in the face of passion. Helen of Troy, whose infidelity was the catalyst for the Trojan War, a conflict with repercussions reaching far beyond Helen and the men in her life, resides in the circle of lust. Dido is also there, a woman who not only ends her own life in a deranged, impassioned state, but also allows her city, Carthage, to collapse. In each of these cases, the individual is completely controlled by their emotions, and their decisions have catastrophic political consequences. If free will were to exist, these characters would be able to assert their self-control and overcome the influence of lust. Ariely brings in the example of abstinence, the “just say no” campaign, which “assumes we can turn off passion at will, at any point” (Ariely, 211). As both Dante’s characters, and Ariely’s studies show, “this assumption [is] false” (Ariely, 211). In these moments of desire, the evidence shows that, in fact, an individual has no free will. Their decisions are made by forces beyond their control.

The lens of sexual arousal provides compelling proof for the assertion that free will does not exist. The examples, both from Dante and Ariely, show that while a will is present, and a choice is made, freedom is absent. No decision takes place outside the influence of some factor. These decisions can never be free, so long as elements of human nature, such as emotion, play a role. While lust is a prime example of such an influencing force, this theory can be extended to include any force, large or small. Biological or environmental forces can take an individual hostage, leaving them powerless. Every choice is the result of the confluence of these forces. Ariely tries to unearth these forces through careful examination of context. The title of his work, Predictably Irrational, intimates that, once these forces have been identified, an individual’s choice is predictable. In a “cold state,” the influences can be logic or reason. In a “hot state,” factors like anger, lust, or love can take over. Given a set of factors, choice is effectively predetermined. Will is not free, it is simply the exercise of a predestined action. 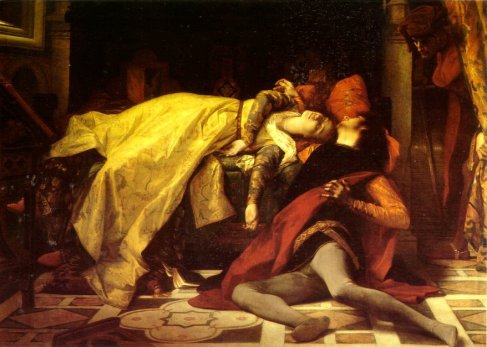